Food consumption habits and tourism: how have they changed during lockdown? 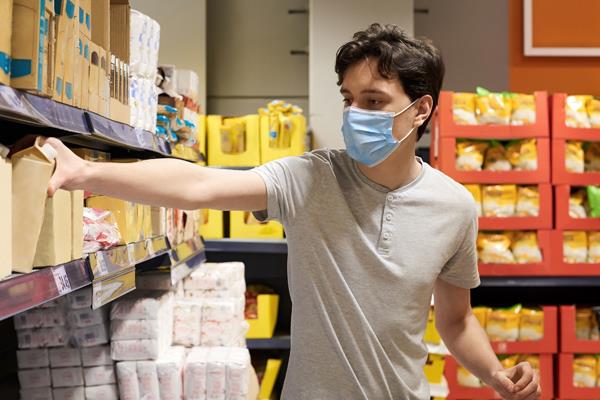 97 days under lockdown and the cessation of tourist activity (a non-essential activity) have certainly changed people’s routines and consumption habits since the later saw their freedom of movement limited. In Spain, according to data from the Spanish Ministry of Industry, Trade and Tourism (2020), March 2020 saw a 64.27% fall (annual rate of change) in the number of tourist arrivals compared to the same period in 2019. The accrued rate of tourist arrivals from January till May was -50.49%. Predictions had pointed that in 2020 Spain could exceed the 83.7 million visitors it had in 2019 (INE, 2020) but it found COVID-19 in the way, which has caused an unprecedented crisis in the Spanish tourism industry.

COVID-19 has changed tourism and food consumption habits too, since people could not eat out (an important habit for Spaniards) under lockdown. According to data from the Spanish Ministry of Agriculture, Fisheries and Food (2020) in 2019, the total expense in food consumption away from home was € 35.962,07 million; this represented an increase of 4.1% compared to the year before. Likewise, eating out at food establishments to have lunch or dinner, represented 71.4% of the occasions we ate out (which are the moments that saw a higher increase in food consumption in 2019). All in all, the forecast for 2020 was optimistic as far as the habit of eating out was concerned and also, regarding the probable number of international tourist arrivals.

In spite of this, and using further data from the Spanish Ministry of Agriculture, Fisheries and Food (2020), between 9 March and 7 June food consumption at home saw a 24.5% increase, which translated into 1,635 kg more of food and drinks compared to the same period in 2019. Household expense increased by 28.4% and shopping for groceries, according to the Ministry, was particularly high on the weeks before the state of emergency was declared because many households stockpiled groceries. During those 13 weeks, produce that had traditionally been consumed whilst eating out, such as aperitif drinks, beers, liquors and wine also increased their sales compared to the same period in 2019.

It was during lockdown that Spaniards showed their preference towards supermarkets, which were the recipients of almost half the weight of all things bought and of the total expense made. Local stores have been the second most chosen place with a 15.2%; they grew by around 30%. Likewise, internet sales soared up by 92% in volume and by 114.5% in value.

A close look into consumption habits during lockdown shows that both businesses and consumers have moved towards digital environments to obtain supplies, therefore, although online shopping has grown because of the pandemic, it is here to stay.

Similarly, in 2018 cooking as a leisure activity was becoming a more frequent habit in Spain[i] and during lockdown, cooking related activities have seen an increase too. Produce such as flour, eggs or sugar, essential for baking, increased their consumption compared to the same period in 2019. For instance, in April 2020 the consumption of flours and coarse wheat flours increased by 128.3%, eggs by 53.1% and sugar by 52% compared to the same period in 2019.

Home cooking may not become such widespread habit as online shopping, though, but consumers may now be more likely to appreciate the value of traditional or homemade cooking. This may also mean a higher level of demand by consumers as far as food quality is concerned when eating out and when the food on offer may not be seen as traditional. Likewise, in Catalonia at least, the rise of customers doing their shopping at local stores during lockdown (23% of shoppers used local stores) may translate into new rapports between consumers and farmers ‘markets or traditional markets, local grocery stores and the social fabric woven around local trade; all this may help appreciate locally sourced produce and local food establishments.

On the other hand, if we take a close look at household consumption eating out at restaurants, we can see that the gradual easing of lockdown measures taken by the Spanish government contributed to a certain extent to economic loss and to some establishments closing down too. However, when food establishments have been able to re-open under strict safety measures, consumers have gone back to old habits. Undoubtedly, eating out is a defining and fundamental habit of the so-called Mediterranean culture.

To finish, it should be said that, because of lockdown, there has been widespread recognition of the agriculture sector, because of its fundamental role providing households with essentials during the pandemic. Therefore, this newly awarded recognition from both institutions and society may translate into an impulse to buy more fresh, locally sourced produce which, in turn, will be beneficial for producers, markets and food establishments which constitute the network of gastronomy tourism in cities such as Barcelona and the cities and towns in its greater area.

Professor and researcher at TURCiT (CETT-UB Research Group in Tourism, Culture and Territory)